Are Eggs Healthy to Eat
Menu
Account
Toggle Nav
Search
Fast, Free Shipping for All Orders Over $20 (USA only)
Skip to content
*Results May Vary

Eggs May Not Be As Bad As You Think…

The pros and cons of making eggs a regular part of a healthy diet has been widely debated. Sure they are packed with protein and relatively low in calories, but they are also high in cholesterol, and, by some, considered potentially harmful for those who have or are at risk for heart disease. Although cholesterol should always be closely monitored, emerging evidence suggests that eating eggs can be a beneficial dietary component. Let’s take a look at some recent studies. 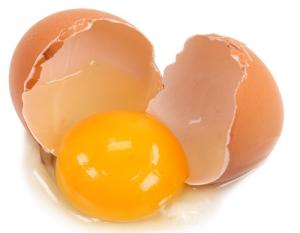 One of the initial benefits of eating eggs is that they provide the body with protein. Protein is a necessary nutrient that allows the body to repair its tissues, but research has also suggested that eating a breakfast that is rich in protein can help to reduce the amount of calories that are eaten during the day. One study researched how different breakfasts affected the feelings of fullness during the day. One group ate a combination of eggs and pork – which represented a high protein breakfast – while another had a breakfast that was based on normal protein consumption, and another group had no breakfast at all. The group that had the high protein diet was less likely to feel hungry during the day and they also consumed fewer calories throughout the day. This makes the inclusion of eggs in a morning routine a great way to help with weight loss.

Now onto heart disease. If you’ve been under the notion that eggs can be damaging to the cardiovascular system, you may be surprised to find that a study found that they have no negative cardiovascular impact when eaten in moderation and responsibly. A study conducted at Yale University split its subjects into three groups. The first group ate one egg, another ate a half cup of egg substitute, and another ate a high carbohydrate diet. The study found that the groups that ate the egg and the group that had the egg substitute had no negative effects on blood pressure, cholesterol, or endothelial function. In addition, these groups didn’t experience any increase in body weight.

A final study also found that eggs could potentially be beneficial for cholesterol levels in those with metabolic syndrome. It was found that eating one egg a day helped to promote healthy HDL levels. HDL is cholesterol that has a positive effect on the body and cardiovascular system. It works to hinder LDL, which is bad cholesterol, from accumulating within the arteries. LDL is what clogs the arteries and leads to deadly heart attacks or strokes.

Now it is important that all of these studies tested the consumption of eggs in moderation. Eggs can definitely be harmful to the cardiovascular system when they are eaten in large numbers, but these studies show that the cardiovascular affects of eggs may not be as serious as once thought. Even better, eating an egg in the morning could help with the weight loss process.