Protein Powder Helps Weight Loss
Menu
Account
Toggle Nav
Search
Fast, Free Shipping for All Orders Over $20 (USA only)
Due to the Corona virus, there may be a slight delay with the shipping of orders.
We are working to get all orders out as soon as possible. We appreciate your understanding.
Skip to content
*Results May Vary 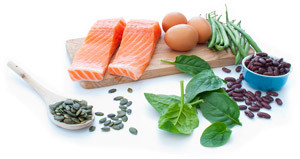 Protein has been found to play a crucial role in maximizing weight loss as part of a calorie controlled diet. Eating high protein, low GI foods can help you in feeling more satisfied from consuming fewer calories and may even mean you can lose more weight by stopping calorie counting altogether. Calorie counting is notoriously difficult and often leads to failure. By changing the makeup of your meals and snacks, replacing white bread and biscuits with whole grains fruit and replacing red meat with lean meats and pulses, it is more likely that you will lose weight with less effort – and keep the weight off for good. 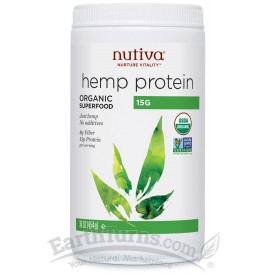 Denmark, studies have been carried out into the influence of the balance between the three major food groups – proteins, carbohydrates and fats – on effective weight loss. This study, published in the New England Journal of Medicine, looked at the current official recommendations into healthy eating in Europe as well as those given in Denmark and found that although they provided good general information into a healthy balanced diet, they were insufficient in preventing obesity. Comparing the officially recommended diet with recent scientific findings regarding the effects of different carbohydrates and proteins on appetite, they were able to redefine the importance of these food groups in dieting.

The importance of satiety in dieting

The achievement of satiety, which stops a person from eating more than they need to, is a crucial part of normal eating habits. This feeling of satiety is often awry or absent in the obese and in those undergoing rapid weight gain. This study found that the feeling of satiety is affected as much by the types of proteins and carbohydrates consumed as the ratio between the three food groups. They found that although it is important to eat balanced meals when a person is attempting to lose weight, the proportion of proteins that is consumed also has a significant effect on satiety. Consuming protein from sources such as red meat and high fat dairy products were the most ineffective types for weight loss, whereas beans, pulses and lean meat achieved greater weight loss. The ‘white’ carbohydrates which are usually refined, such as white bread, pasta and white rice, are all ineffective in weight loss and they do not provide feelings of satiety as quickly as high fiber carbohydrate sources such as whole rice and whole meal bread. 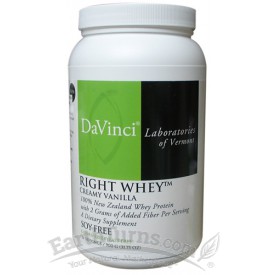 The study was carried out using 772 families of European subjects, of which there were 938 adults and 827 children. The program consisted of an initial eight week period during which the overweight adults undertook a limited calorie diet of 800 calories per day, after which they commenced a further six months of one of the following diets: 13% protein (classified as low protein) with high glycemic index (GI); low protein, low GI; high protein (classified as 25%), low GI; high protein, high GI; and a control group which followed current national Danish and European guidelines without regard to GI.

During the initial six weeks of 800 calories per day the average weight loss was about 24 lbs (11 kg) and only those that successfully completed this phase qualified for the six month dietary regime that followed. By the end of the study 71% of the initial participants remained faithful to their assigned diet. Throughout the experiment subjects were monitored by analysis of samples of their blood and urine samples, as well as by consultation with a dietitian.

Which diet works for adults?

The study revealed that the best adult dieters – those that experienced the lowest weight regain following the six weeks of 800 calories per day – were the high protein, low GI subjects, indicating that this is the best strategy to adopt when attempting to lose weight. The greatest weight regain was experienced by the low protein, high GI group and so this was considered to be the worst dieting strategy to adopt to lose weight effectively.

Which diet works for children?

For the children in this study, of whom 45% were overweight, it was required that they simply followed their parents’ diet without counting calories. In the high protein, low GI group the percentage of overweight children dropped by 15%, reinforcing the findings of the adults’ study and showing how susceptible children are to their parents’ eating habits. The spontaneity of the weight loss in children indicates how the problem of obesity is best tackled at a younger age.

GI, which is a measure of the effect of carbohydrates on blood sugar 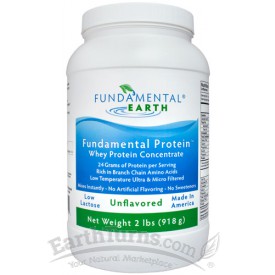 levels, is low in foods in which the carbohydrate is broken down and absorbed slowly. Foods are usually categorized as low, medium or high GI. High GI foods can cause blood sugar spikes and these have been linked to diabetes and coronary heart disease. Low GI foods include fruits vegetables, whole grain foods, nuts and legumes and pulses such as peas and beans. High GI foods include white bread, white rice and refined foods such as breakfast cereals, cakes and biscuits. The crucial difference is generally that low GI foods are fibrous, which results in the carbohydrate in food being broken down and absorbed into the blood stream more slowly. Other factors which retard the absorption of sugars include the complexity and type of the carbohydrate, the acidity level of food (which may be increased by adding vinegar) and the combining of carbohydrate with protein and fat. On its own, eating low glycemic index food may not be an effective dieting tool as there are many unhealthy foods with low GI, such as ice cream and chocolate cake. In addition, it is a complex measure which is affected by many things such as how a food is cooked and what it is eaten with.

A low GI diet comes with several exceptions, including limiting certain fruits such as bananas and melon, eating certain vegetables such as carrots raw instead of cooked and eating potatoes whole as opposed to mashed and cooking them as little as possible. The high protein, low GI diet adopted in the study carried out in Denmark consisted of a daily menu such as the following: breakfast consisting of wholegrain cereals with low fat yogurt or milk and fruit; a snack of a raw vegetable or low fat cottage cheese; lunch of a sandwich made with wholegrain bread with lean meat or fish; an afternoon snack of low GI bread such as pumpernickel with low fat pate; and dinner consisting of lean meat with wholegrain pasta and vegetables in tomato sauce, with salad and water or low fat milk to drink. Following the European recommendations, as well as adopting the rules and exceptions of the high protein, low GI diet, should ensure a healthy lifestyle as well as facilitating weight loss in obese individuals.